A winter’s day in 1939 by Melinda Szymanik

Melinda explains in the foreword that A winter’s day in 1939 is based on the story of her father, Leszek Szymanik, who was 12 when the Soviet Red Army invaded his homeland of Poland in 1939. His family was transported from Poland to a Russian labour camp in 1940.

The family in the book are Adam, his parents, older brother Tomasz and younger sisters Zofia and Maria. They live on a small farm, growing crops (tobacco, potatoes) and raising cows, pigs and chickens. Tragedy strikes the family at the very start of the story, followed by uncertainty and worry as Germany invades Poland – and then the Russian tanks arrive. Their farm is requisitioned (taken over by the Russians) and they are given a week to leave and find a new home - one room in a house  in a village 15km away.

Things get worse, not better, and more long hard journeys, and much sadness, lie ahead of them.

Melinda includes a historical note, a map of the family’s journey, glossary, bibliography and a postscript about what happened next. Her foreword ends: “The past is filled with stories like these, of people who suffered terrible conditions and overwhelming sadness but remained hopeful and survived, despite everything. It is up to us to honour their memories and remember this stories to make the world a better place.”

I’m lucky to have a signed copy, and Melinda has written this in the front of my book: “We have to know the past to make a better future.”

Reviews
Booksellers NZ comments that “Melinda is a very skilled observer of family relationships, and this is what really brings the book to a higher level”.
Hooked on NZ books has links to a whole collection of reviews.
Teacher notes from Scholastic here.
About the author
Melinda has a great blog where she talks about all sort of writing issues and the writing life. In this blog post, she talks about how she came to write the book.
You can read more about Melinda here.
Other books you might like:
Stefania's dancing slippers by Jennifer Beck tells another story of a Polish refugee family in picture book format.
New Zealand connection
Of course there is a very real NZ connection in this case, because Melinda’s father ended up here, and so did over 700 Polish children who came out by ship and went to the Polish children’s camp at Pahiatua. It’s hard for us as an island nation to imagine what it must be like to live in a country that is surrounded by other nations and has been the site of conflict for centuries.
Links
In November 2014, there was a series of events to mark the 70th anniversary of the arrival of the Polish children at Pahiatua. You can read more about the "Polish Week" anniversary here.
Have you read it?


Have you read this book? Let me know what you think.
Posted by Philippa Werry at 19:49 No comments: 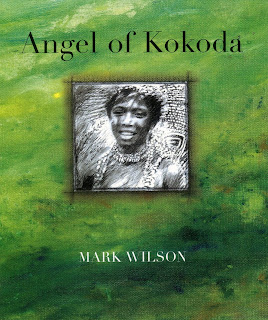 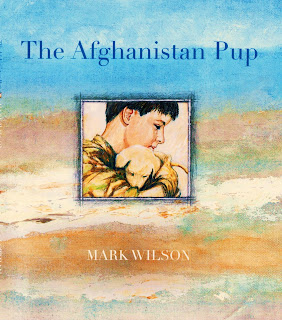 Synopsis
A Papua New Guinea boy helps a wounded Australian soldier along the Kokoda Track. A young man goes off to fight in Vietnam, despite the protests of his brother. A dog is rescued from the ruins of a bombed school and becomes a soldier’s pet.

These three books are part of the Children in War series which explores children’s experiences of, and reactions to, four different wars involving Australians:  World War One, World War Two, the Vietnam War and the war in Afghanistan. The texts are clear and not too detailed (apart from the Vietnam one, which includes handwritten diary entries).

They are well-produced books that cover lesser known aspects of war, although I would have liked some more context for each story (perhaps because they are very Australian - oriented).

Reviews
Reading time (from the Children's Book Council of Australia)
reviews The Afghanistan pup here and admires the way that Mark Wilson "skilfully weaves narratives that tell stories of tragedy and hope with his extraordinarily evocative illustrations", while "snippets of newspaper clippings, reports, poems and letters enrich the stories and add layers of meaning."

There are teacher notes and activities -
for The Afghanistan pup here
for Angel of Kokoda here
for Vietnam diary here.

About the author:
Mark Wilson's website shows his prolific and impressive output and also talks about his interesting life and varied career!

Other books you might like: Also by the same author is My mother’s eyes: the story of a boy soldier.  Mark Wilson illustrated A day to remember: the story of Anzac Day by Jackie French.

Have you read it? Have you read these books? Let me know what you think!
Posted by Philippa Werry at 21:12 No comments: