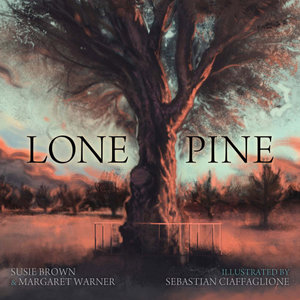 Synopsis:
The story starts in December 2008 with the image of a lone pine tree being lashed by a storm in the grounds of the Australian War Memorial. The rest of the book tells how and why it got there.

The battle of Lone Pine took place in August 1915. For the Australians at Gallipoli, it was as crucial and defining an event as the battle of Chunuk Bair for the New Zealanders. Pine trees grew on the Turkish hillsides, but many were cut down to provide cover for the Turkish trenches, leaving only one standing on the particular hill where this battle took place.

The battle is lightly touched on, but afterwards a soldier wanders the empty battle field searching for his brother. He slips a pine cone into his pocket because its scent reminds him of home. Later he posts it to his mother, who keeps it in a drawer. Three of her sons have gone off to war and only two will return. She plants the seeds and raises three saplings (only two of which survive.) In January 1930, one sapling is planted in a park in Inverell, the town where her sons grew up. In October 1934, the second sapling is planted in the grounds of the Australian War Memorial in Canberra. This is the tree that we see at the beginning, still standing tall and strong.


Colours and light make up a big part of this story, from the steely blue and stormy grey of the sky in the opening scene, through the dusty yellow of the battlefield and the Australian outback, the green colours of planting and regrowth and the sunset shades at the end. The book shows the impact of war on those who were left behind to wait and often to grieve, and the importance of remembering.

Two pages of notes at the back cover the battle of Lone Pine, and the Canberra and the Inverell pine trees, and give brief biographical details about the mother and three sons of the Smith family, on whom the story is based.

Reviews:
You can read reviews of the book on the Aussie Reviews site and on My little bookcase.

Questions and Activities:
How do the colours on each page make you feel? Why do you think the artist chose those colours?

Draw a time line that includes each date given in this book (remember the notes at the back.)

Author’s websites:
Susie Brown is a teacher librarian who has written for the educational market. Margaret Warner is also a teacher; the two of them taught together for a number of years and developed the story together.

About the illustrator:
Sebastian Ciaffaglione is a freelance artist based in Melbourne. He has illustrated Carol Wilkinson’s Dragon Keeper series. His blog shows some of the spreads for the book: 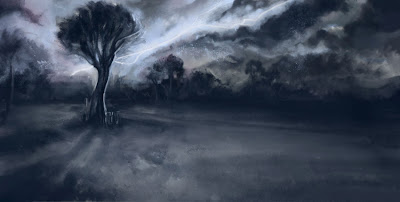 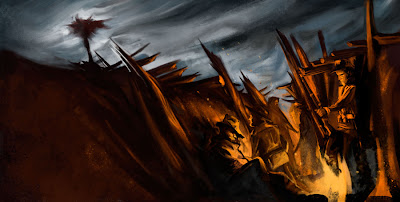 On pg 39 of Anzac Day: the New Zealand story is a section called “Lone Pine”. This describes other Anzac pines planted in various places around New Zealand, for example, in Taradale, Wanganui, Stratford and Featherston.


Most of these are derived from pine trees that grew on other parts of the Gallipoli peninsula. Some botanists have worked out that there is only one pine tree in New Zealand that can be linked back to the original Lone Pine, and that tree is on the Paeroa golf course.

Links:
An article titled “Lone Pine: seeds grown into a living memorial” points out that at least one other digger brought home a pine cone from Lone Pine. Sergeant Keith McDowell carried a cone in his rucksack for the rest of the war and gave it to an aunt when he returned home. She planted some of the seeds and several grew and were planted in Melbourne and elsewhere.

You can read more about “The battle of Lone Pine” here.