Ibby 2016: thoughts on writing about war for children

I’ve just been lucky enough to attend the Ibby 2016 Congress. Ibby stands for International Board on Books for Young People. It’s an international organisation (as the name suggests), founded in Switzerland in 1953, and this is the first time that the two-yearly congress has been held in New Zealand. The theme was Literature in a Multi-Literate World.

You can read more about Ibby here. And you can find out more about the Ibby 2016 Congress here, including the programme and speakers. 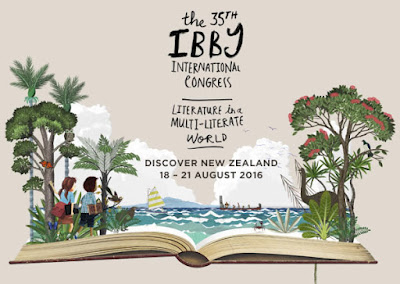 As well as meeting people from around the world, all deeply passionate about children’s literature, I presented a paper in a session called “The past informs the present” with two other speakers: Kestutis Urba from Lithuania, describing short stories from his country set in World War One, and Hisako Kakuage from Japan, talking about how the Japanese branch of Ibby has supported children in Fukushima after the nuclear plant accident in 2011.

I’m very grateful to everyone who came along to hear my talk on Children’s war books: helping children make sense of war and peace, and to those who asked questions or came up to talk to me afterwards. It was especially moving to meet a Turkish delegate who has written a children’s book about war (which I’m hoping to review) and to discover that both of our grandfathers had served at Gallipoli – on opposite sides, of course.

As a result of these questions and discussions, I’ve come away with some interesting points to ponder. They fall into three main categories:

1. There have been many children’s books written about World War One and World War Two, but what about more recent wars – Vietnam, Afghanistan, Iraq? How do we write about those?

When I check my list of books by date and setting, I can only find three about Vietnam and Afghanistan, and two of those are by Australian writer Mark Wilson. He wrote about Afghanistan by focusing on a lost puppy (and coincidentally, I met someone at the Ibby Congress from New Orleans, who said that after Hurricane Katrina, stories about animals, such as Two Bobbies, helped children to make sense of what had happened).

We have more historical distance from WW1 and WW2, and more historical and military research to draw on. The Allied nations have a clear narrative that has become generally accepted, in that we see ourselves on the “good”, winning side in a battle of good vs evil (albeit clearer for WW2 than for  WW1).

For WW1, New Zealand also has the “nation building” narrative where we see ourselves as having “come of age” as a nation during that conflict, and especially at Gallipoli. We concentrate on qualities such as mateship, friendship, courage, loyalty, self-sacrifice and family love. The WW1 centenary commemorations and renewed interest in family history has seen many people wanting to know how their family was affected by WW1, which had such a huge impact on the whole country.

But in the later wars, the narrative is more confused – and was even at the time, for example, when there was much opposition to the Vietnam War.

So I can see the difficulties and challenges in writing about those later wars, but it also makes me think more (again) about how, and why we are telling the story of war.

2. How do we write about refugees, especially the current refugee situation in Europe (and also Australia)?

I know there are some excellent books coming out on this subject – memoirs, novels  and picture books like  Flight written by Nadia Wheatley (who was at the Ibby Congress) and illustrated by Armin Greder.

In New Zealand we do have refugees but not in such numbers. But are there any books written about them? I have to find out. (And who can write those books? We also talked at Ibby about whether people from outside a culture can write about it, and if so, how best to do that.) 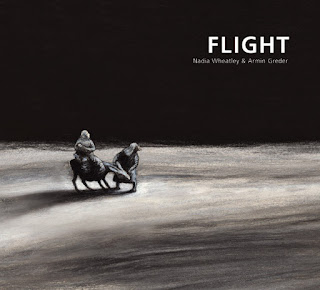 3. How do countries that were on the losing side in wars (for example, Germany or Japan in WW2) present that history in their literature for children?

This is another aspect of writing about war for children that I’ve never considered before.

A Japanese delegate at Ibby said that there is a big gap in books written for children about their country’s WW2 history and they know very little about it as a result. When I cited the books written about Sadako, she said there are books about Hiroshima and the bomb (in which the citizens of Hiroshima and Nagasaki were innocent victims) but very little about other aspects of the war. Now I wonder if that is also the case for Germany. I can see that the overall narrative for those countries is quite different, even though many aspects (eg young people going off to war) were the same, leading to German classics like All quiet on the Western Front.

So far I have lots of questions and few answers, but I’m definitely going to think more about these topics. And your thoughts are welcome!