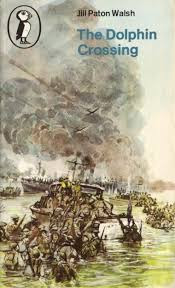 Have you read this book? Let me know what you think!
Posted by Philippa Werry at 21:37